You’re a Writer – Write Something!

When I tell people I’m a writer I never know how to reply to that infamous question, “What do you write?” How does any writer answer that question? Do I try to define myself as a journalist because I have conducted celebrity interviews and have written theatre reviews for a newspaper? If I mention that I’ve written several published short stories, then I get asked what their subject matters are. Some were fiction and some were non-fiction, and one is autobiographical. Others were complete pornographic fantasy. I’ve written non-fiction and fiction spiritual stories, and even a pulp-fiction work as well. Some have a gay themed focus while others are completely universal topics. On top of all that my first novel is a gay spy parody coming out this…READ MORE

December 06th, 2012 was a monumental day in history for Washington State. It was the first day that GLBT couples could legally apply (and obtain) a marriage license. The lines at Seattle’s courthouse formed early and by Noon had reached several hours’ wait. But no one minded. Not the media recording the event, nor the well-wishers that came to witness their friends’ nuptials. A river of beaming faces waited in line for their licenses to commit within the next 60 days, holy (or unholy) matrimony. Or so that’s how the pictures looked. I wasn’t there. While we were thrilled about the law changing (by an incredibly close margin!) my partner of almost 13 years and I decided….READ MORE

“Shaken Not Stirred”  by Carsen Taite

Interview with Diane and Jacob Anderson-Minshall

When I’m not writing I make my living as a Licensed Massage Therapist.  People seem to have that confused with prostitute. For some reason people mix these professions up frequently either in a serious manner or joking one. Sooner or later the inevitable question gets asked.

“Have you ever done IT with a client?”

“No. Do you fuck the people you work with?”…Read More

I came out of the homosexual closet the same year a groundbreaking play came out of the Broadway one. The author’s name may not have been immediately recognizable in heterosexual households, but even the most homosexually challenged people would know, as the media often labeled him, The Voice of Gay America. Latching onto the manuscript I identified with the dialogue and situations so well, I highlighted passages on most of the pages with a yellow marker. I committed lines at a time to memory. Soon, I had to carefully tape together the most well read sections until almost every page had been reassembled. And as a young, impressionable fagling, I watched with budding pride as the author accepted a major award with a landmark speech that to this day still impresses me with its courage. This was not only a gay man, but also a writer that could potentially (and seemingly) break down barriers with the sentences he formed. I knew immediately I had found something that I desperately needed: an incredible role model….  Read More 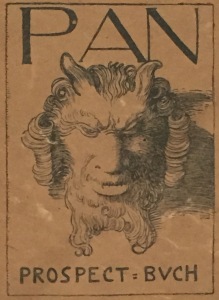 “I admit it; I’m a Size Queen and I make no apologies! I like the way the big ones feel in my mouth. The way my tongue has to move to accommodate each massive one; the way I have to over-compensate every time my throat stretches open, and the way my lips feel as they succumb to conforming to their immense sizes. I admit it; my knees go week for a man with a big vocabulary…. Read More