Zombiality: A Queer Bent on the Undead 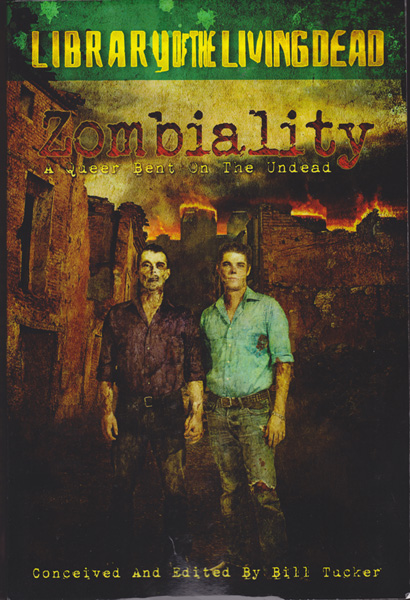 Higgins approached the person as if she were an exhibit at the zoo. “Are you trying to tell me this creature…is an actual zombie?”

“She’s the first I’ve seen infected with the virus. At least in England.”

“Is she dangerous, this squashed cabbage?”

“She can be, but not unless the infection goes untreated”. Pickering explained, excitement running in his voice. “Every case is different, some turn more violent than others, it’s all really unknown. In Africa there has been great success, controlling their desire for flesh with porridge made from a series of tree barks and mashed berries. From what I can tell, this girl hasn’t been infected for too long. There’s a good chance we can keep everything under control once the dietary and medical needs are met. She may even be able to be taught and recapture her language skills. Fascinating. All very fascinating.”

“How long before the virus takes full effect?” Higgins asked amazed by the vapid creature before him.

“Sometimes it can take months to develop and sometimes only a few weeks, it’s different with each person. The brain is eaten away slowly and replaced by some growth from the blood stream that’s polluted by the virus.” Pickering continued. “It leaves their motor skills in tact but seems to dissolve their knowledge of vocabulary. There are other side effects but they are random, varying from person to person. So you can see my interest in them, eh what?”

Higgins replied with an impatient irritancy. “But what does this have to do with me and my boast?”

“You don’t mean…” Higgins starred incredulously at the Colonel and then at Eliza. “Teach this trodden scrap of human life to be something of a real person?”

“I mean just that, preciously.” Pickering said enjoying the sound of a gauntlet crashing between them. “I’ll say you’re the greatest teacher alive if you can do that.”